In Which Gail Carriger Dies a Hat Black

So a while back I was rambling through Calistoga, as you do, and I found a vintage store, as I do all the time, and things being as they are, bought this hat for $15. 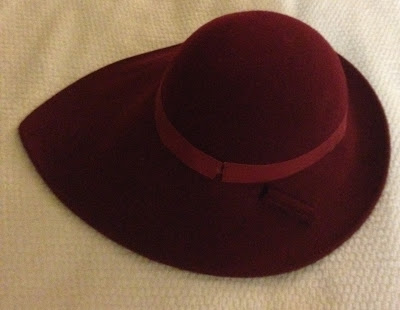 Searching the net, I found a few others of this shape. 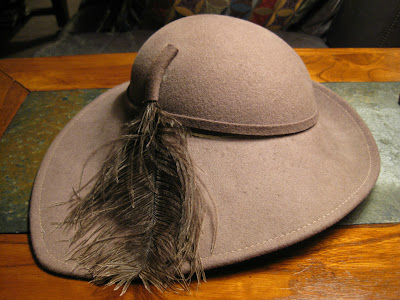 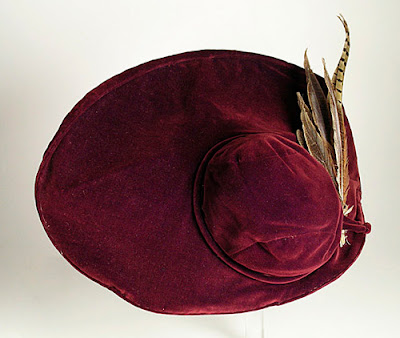 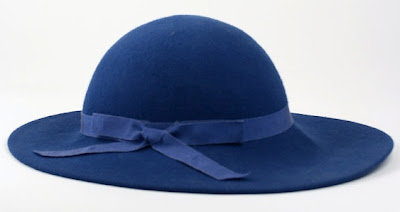 It's difficult to see, when it's not on the head but it's so cute! It's worn tilted to one side and down over the right eye and results in a very Noir look. 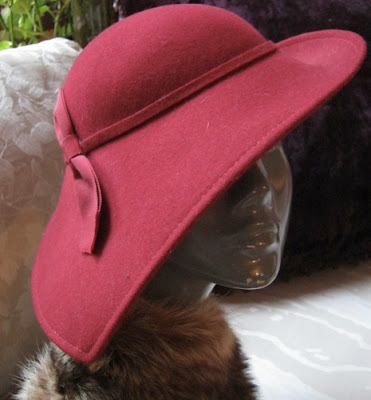 I proudly brought mine home intending to clean and and fix (it had clearly once had a feather and such) only to find I have absolutely NOTHING to wear it with. With the exception of two steampunk dresses (already matched to steampunk hats) I actually own very little burgundy clothing. All my reds are true reds. Well, I didn't want to overhaul my wardrobe just for the one new accessory, so I decided I had better learn how to dye a hat!


Internet informs me that one can use paints designed to absorb (for such things as hand-painting silk) that are heat activated. I opted for Jacquard Textile Colors. I also decided on black as I figured it would cover the best and go with the most outfits. 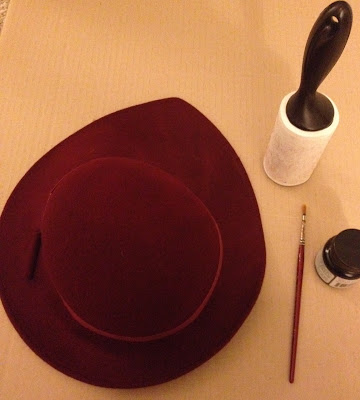 Tools
First, I cleaned the hat using the lint brush and clipped any stray threads. The paint seemed a little gloppy to me and it said on the bottle that it could be used for airbrushing thinned 20% with water. So I thinned it out by about that much. 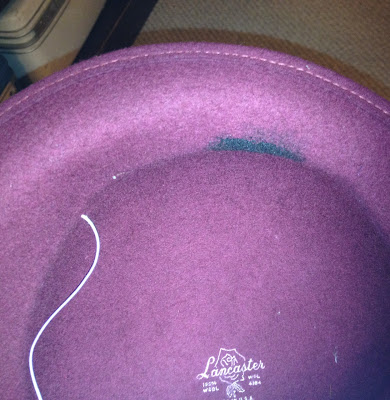 I did a test paint on the back and dried with hair dryer. It looked good and seemed to adhere well so I went to work painting starting with the bottom. I tried to rub the paint in with the brush, so it wouldn't clump or cause too much of a sheen. The paint absorbed and dried FAST. 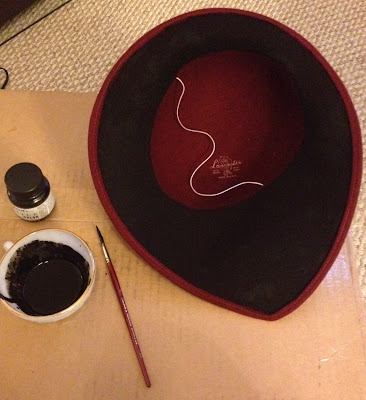 I dried the underside for a day in front of our big old room heater (the wall wart). Flipped it and then painted the crown and the brim. 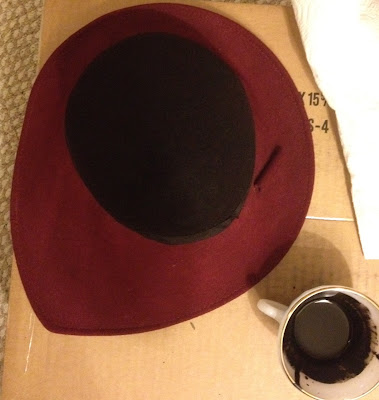 The I dried it again for several days, luckily it was cold out so we had the heater on a lot. 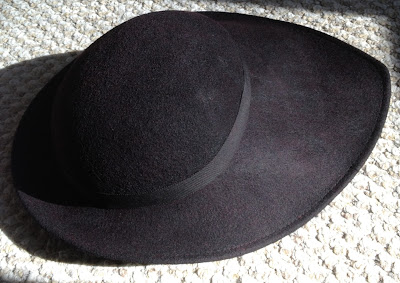 During the interim, I bought better wider stiffer brush (just inexpensive ones from a craft store). Throughout the process I also kept having to thin the paint.

Lastly, I did one final coat over the outside with the paint thinned to about 50/50. 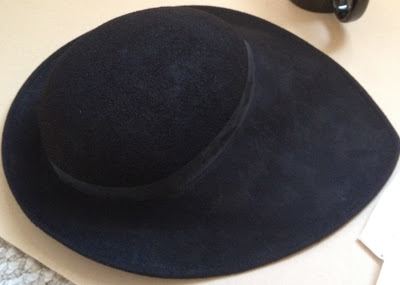 The felt became stiffer and less soft than the original hat, but the look is what I wanted. I added a few small feathers and a magnet to the inside of the feather holding tube so that I could put on a flower to match whatever dress I chose to wear it with. (If you want to know how I made those, here's the DIY.) 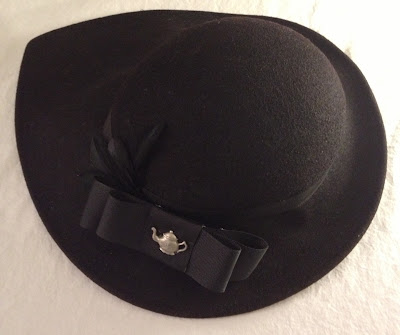 Photo showing finished hat with a simple matched black bow magnet from the second round of hat fancies (post to come).

Conclusion:
It worked well enough, but the hat still has a slight reddish sheen in bright daylight. I didn't paint the interior of the crown, since that won't be visible and I wanted it to stay nice and soft, and not come off black on my hair!

* If I had it to do again? I'd thin the paint 50/50 from the get go and use the bigger stiffer brush. This would mean three thinner coats, but would be faster and worth the effort as I think it would keep the texture of the felt better.

Now I just need a reason to wear it.

Retro Rack is also on facebook where I post additional images and fashion thoughts.
Posted by Gail Carriger at 12:01 PM