For various complicated reasons I don't wish to go into here, Fashionable Reader, I was confined in my wardrobe choices for ConDor down in San Jose. Luckily everything went smoothly. For the first day of panels I wore this:

Sorry, it's a bit blurry. That's a royal blue dress from JC Penny with cream oxfords (starting to look a bit warn and sad), Juicy navy cardy, pen necklace, fan earrings made of shell, and a little bow hat. The earrings are relatively new, a gift from my mum, and they tie in to the next Finishing School book. 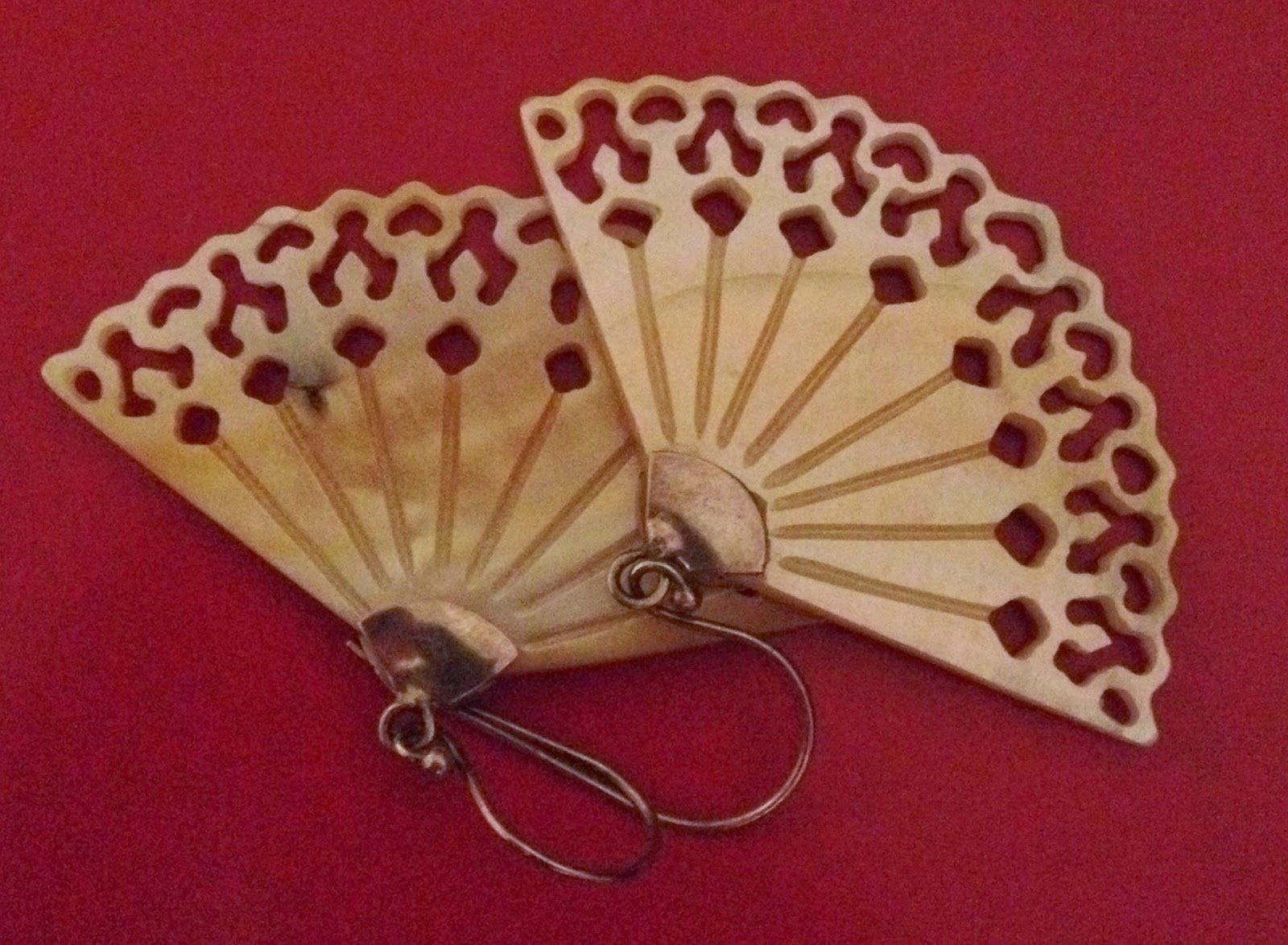 Later that evening there was an ice cream social reception at ConDor and it had gotten cold so I changed some of my accessories. 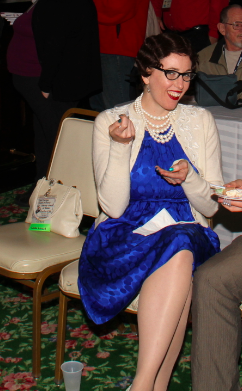 I put on my cream cashmere sweater instead, a multi-strand pearl necklace, smaller earrings, and peep toe shoes. Jerry was the convention's offical photographer, he did a great job, but still cut off my feet in almost every shot. 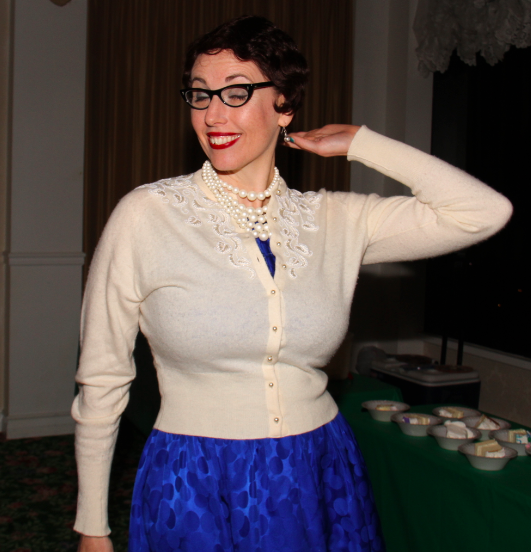 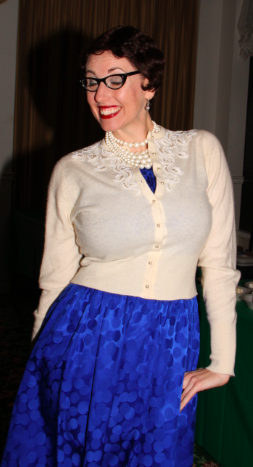 This is normal, I've found. I'm beginning to formulate an rather obnoxiously biased gender theories about those behind the camera. I don't know what I have to do to get a photographer to take a picture of my shoes, but it clearly isn't "wear cute shoes." I don't mean to complain (OK, I do) but I pretty much have to say, to every person who takes a picture, "Don't forget the shoes!" Otherwise I'm footless in every single shot. And I spend so much time picking out my shoes, and so much weight and packing space transporting them, it hurts me to have them neglected?

Anyway, this evening outfit features one of my more recent acquisitions (OK it was last October or something, I got it at the Alameda Vintage Fair for $15) a multi-strand (fake) pearl necklace. I love it because it actually fits my scrawny chicken neck. It was a whim purchase but since I got it I've been seeing them everywhere, and it's remarkably warm. 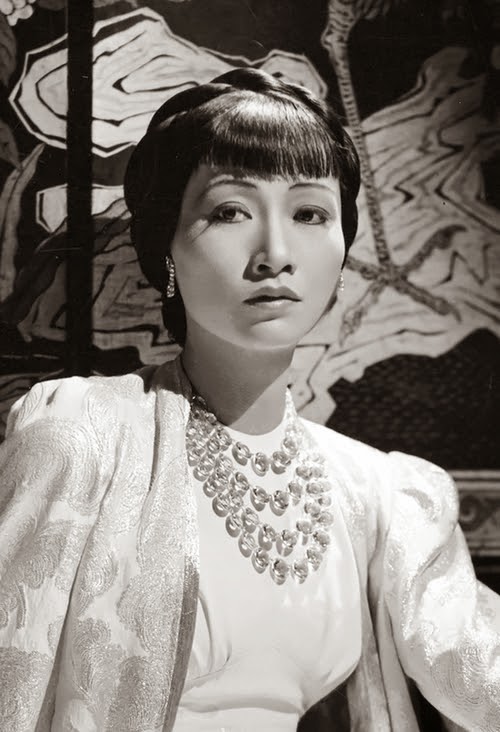 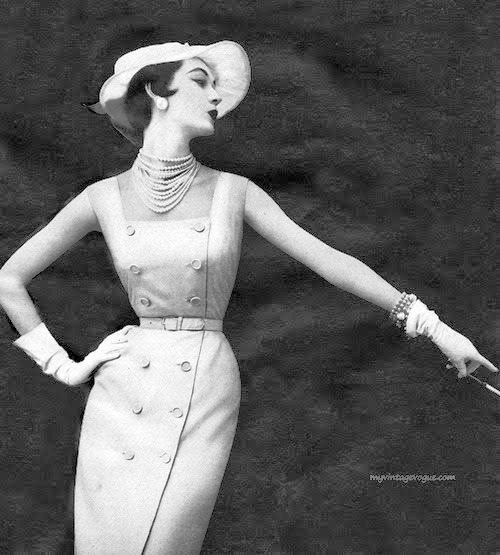 I love that I managed ot find so many vintage examples because it shows how it can be worn over clothing, partly over clothing or with a lower necked top. When I first got it I though I woudl be limited by just wearing it with low necked stuff, but these photos showed me it could be more versatile.


Goodreads Quotes
Posted by Gail Carriger at 10:33 AM