I love transformation gowns. I feature one prominently in my Finishing School series, but in general I just really like the idea behind them, Fashionable Reader. I think some of the tools employed in creating them can still be used today, and they can certainly be used for steampunk outfits. 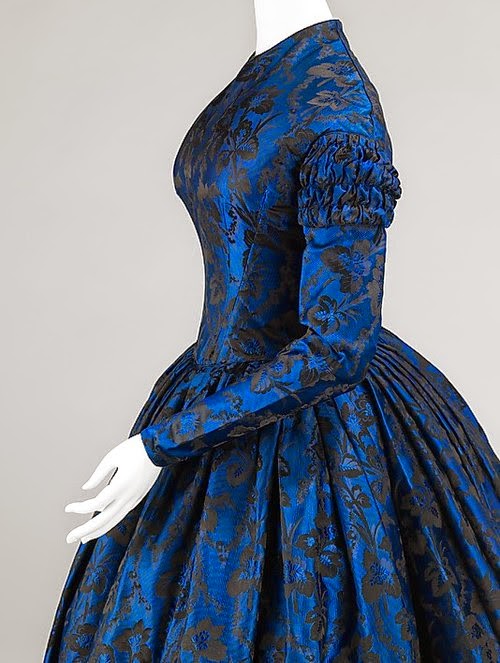 The added sleeve is a great idea, it could be made with elastic, like an under sleeve and then removed at any time, or could tuck under the short sleeve and hook on there for more security.

This one has a variation in princess bodices: the first for a ball, the second for a dinner, and the third with a cape for outdoors. For steampunk: corsets could be substituted for the princess. Or, one could construct a corset cover, or belt extension to a corset for a longer point. Also, the swagged over-skirt could be removed for a different look. I took this idea and ran with it for my cream and brown 1880s promenade dress which transforms into an all cream number for evening. 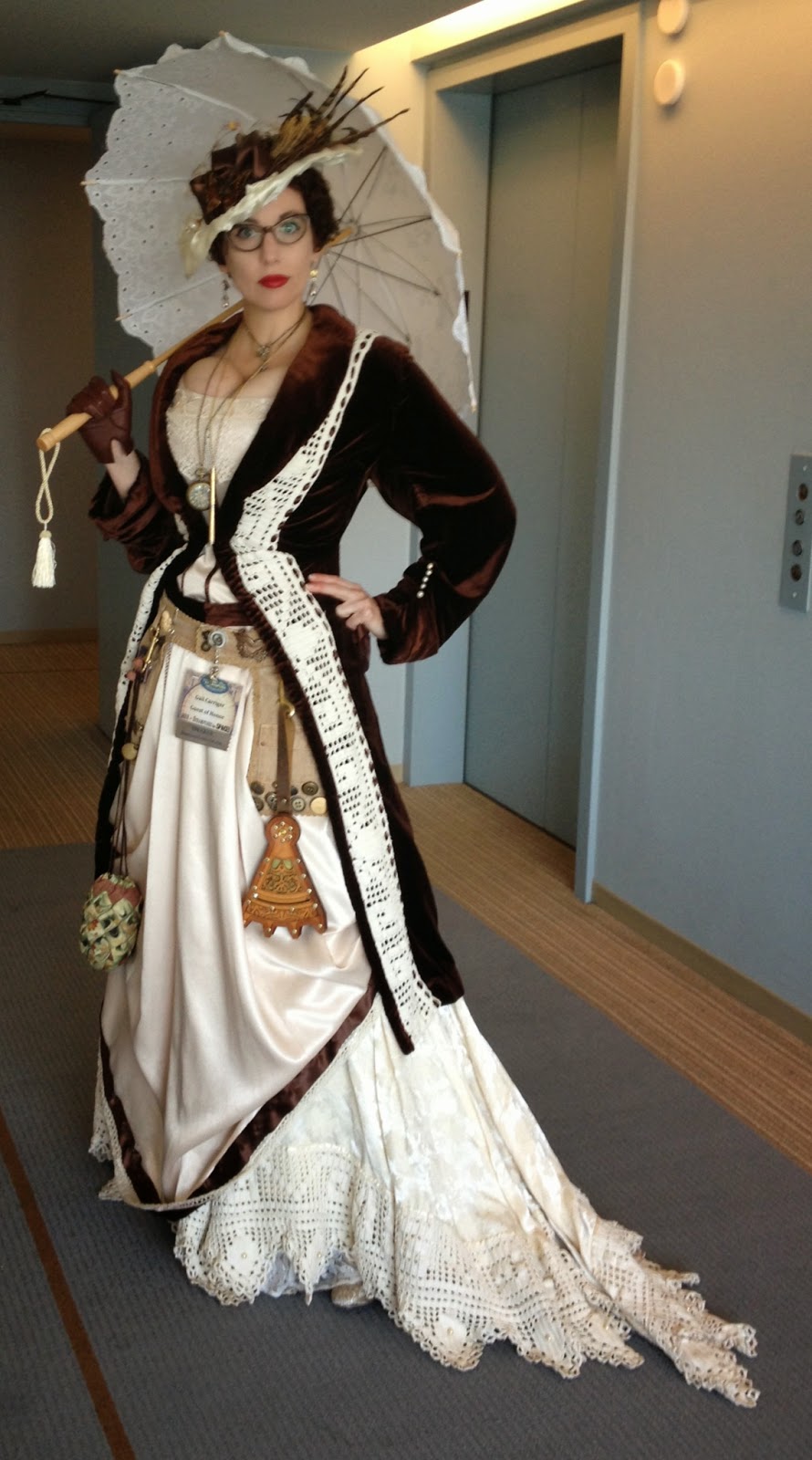 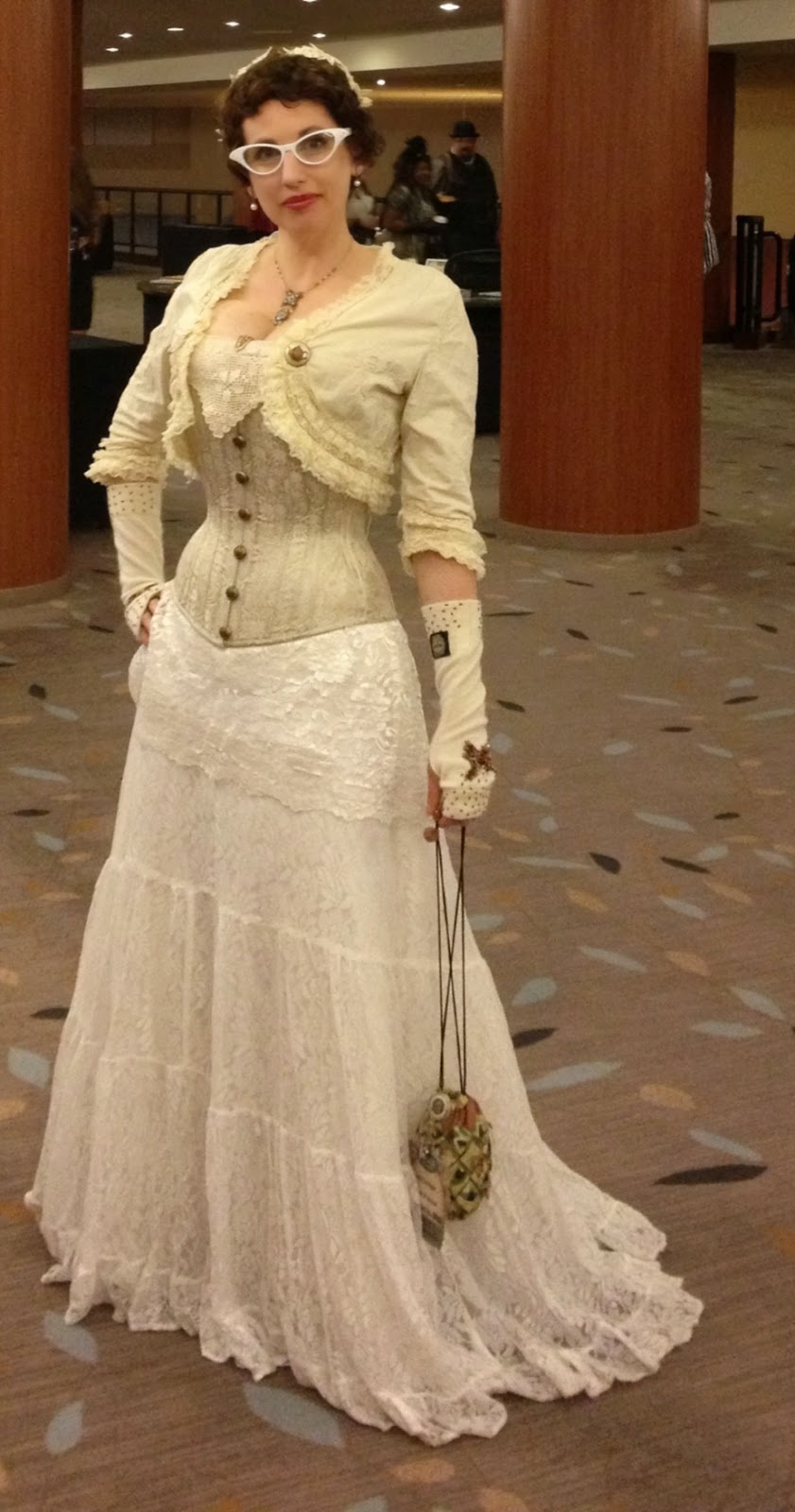 Here we have a more suit like approach to the transformation dress.

I believe the entire bodice is different but you could do it with two different jackets that fit over a single corset, and you could make a dicky extension for the collar segment for day as a more demure variation, then remove at night. 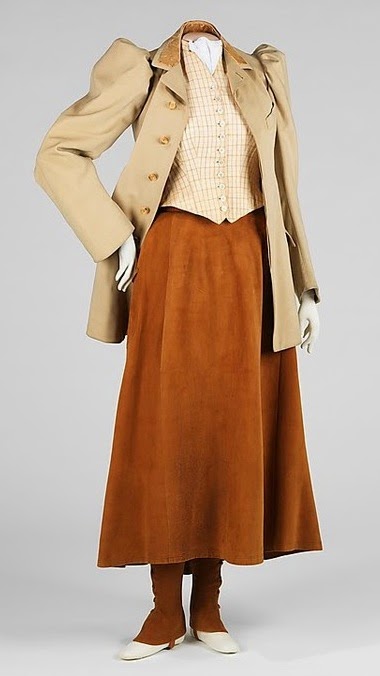 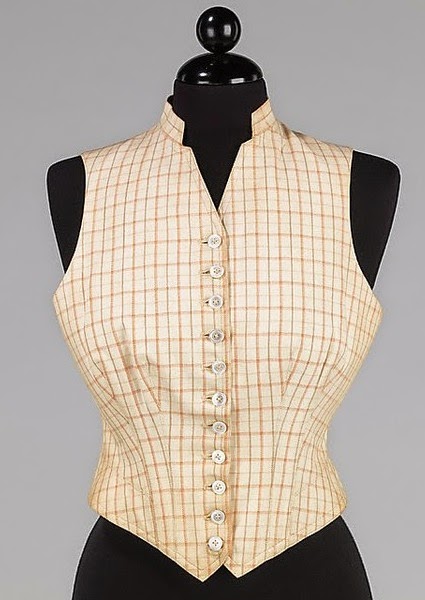 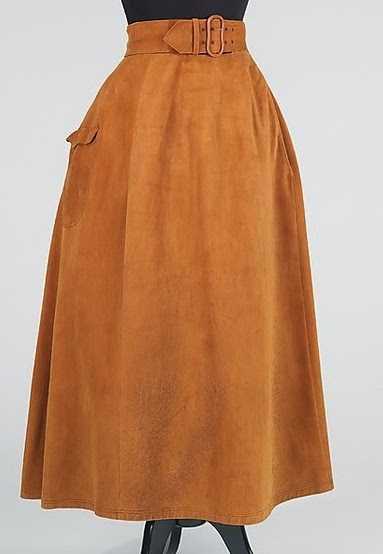 This riding outfit is a great example of the fashion inspired by the New Woman movement at the close of the 1800s. Informed a great deal by the availability of the bicycle, women began to wear trousers and were allowed a much greater freedom of movement (both in clothing and travel). This is tied to the burgeoning university system, allowing (some) women access to higher eduction. But what's applicable to steampunk is the fact that we could interpret the two undergarments separately, and thus have a transformation outfit where it is the bottoms that are traded out for different looks. I might even suggest taking it a step further and having this be an avenue for cross dressing, one could play one's own twin during the day, or something convoluted like that. (P.S. The spats! The spats!)

This last isn't an outfit and it isn't strictly transformation but several examples of different cane variations. However, I thought it would be fun to make a single cane that has everything: spy glass, sword, and watch. 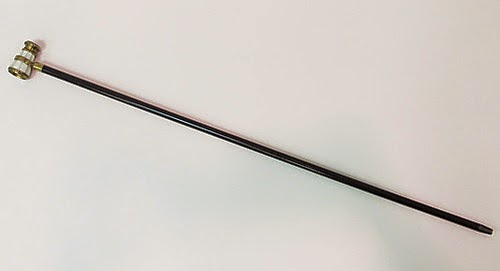 
Goodreads Quotes
Posted by Gail Carriger at 10:25 AM